The York & North Yorkshire Local Enterprise Partnership strongly support devolution, seeing it as an enabler to long term funding, giving our region a voice at a national level and helping us to develop the right strategic programmes to support our economy prosper for the people who live and work here.

The consultation can be found here. The deadline for responding is 16 December.

The proposed deal, if agreed, will see the creation of a combined authority between City of York Council and the new North Yorkshire Council to be chaired by a directly elected mayor. If progressed, the combined authority will come into existence in late 2023, with the mayoral election scheduled for May 2024.

It is important to emphasise that both City of York Council and North Yorkshire Council will continue to exist in addition to the new combined authority. Councillors in North Yorkshire and York voted to progress and undertake a countywide consultation on the proposed deal at recent meetings of the NYCC Executive on September 6, 2022 and the City of York Full Council meeting on 6 October 2022.

Devolution has the potential to bring significant new investment and powers to York and North Yorkshire. The deal could unlock £540 million of new funding from the Government to spend on local priorities to produce growth, together with a range of devolved powers from government departments and agencies. Included within the proposed deal is:

The proposed deal represents a significant step forward in securing devolution for our region, with the potential to deliver more and better paid jobs to the area and providing new investment that will benefit our communities. It means that decisions previously taken at central government can in the future be potentially taken closer to the people of York and North Yorkshire.

As highlighted earlier, following agreement from the constituent councils, the next stage in the process towards the creation of the combined authority is a public consultation, about which we are writing to you.

Once the consultation has concluded, North Yorkshire County councillors and City of York councillors will then be asked to consider the consultation feedback and ultimately, whether to agree the proposed deal before it is sent to the Government. If this is agreed, the process of putting the required legislation in place will be initiated and likely take place in the new year.

Given the significance of the proposed devolution deal for our region, we would encourage you to respond to the consultation to ensure your view and/or the view of your organisation is considered. It is incredibly important that all voices are heard on this matter. If you would like to discuss the deal in more detail, then please email enquiries@ynydevolution.com and they’d be happy to arrange a discussion with you or respond to any specific questions.

Thank you for your continued engagement on this significant milestone in the history of our region. 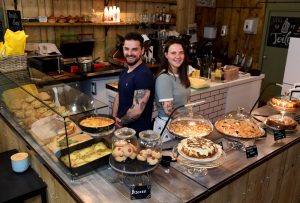 Fourteen local businesses seem set for a great future. All fourteen have recently completed StriveLive, a two-month start-up incubator, with five businesses picking up awards and £2,500 in grant funding. 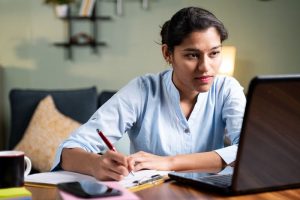 A new skills programme is being launched across York and North Yorkshire. 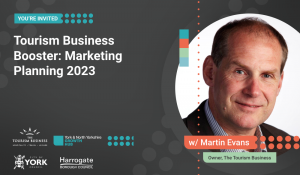 With multiple dates in York and Harrogate, these fully funded workshops will help businesses involved in the tourism sector to plan for 2023, with Martin Evans of The Tourism Business. Benefit from dedicated group coaching with this fully funded tourism business booster for hospitality businesses in York & Harrogate. 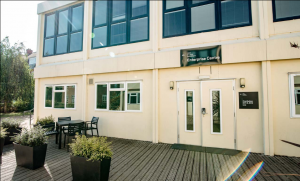 In this session, Ian Walker of Ian Walker & Co. Chartered Accountants will consider why having a tight grasp on your numbers and trading performance is important. Not only historic results but also on projection and budgets. He will detail how to compile such figures and how to interpret them, and also touch upon how good financials (numbers) leads to better decision making.

The Growth Hub is proud to be amongst the organisers of this year's expanded York Business Festival, with a week of events as part of a wider programme of activity throughout November. Read on to learn what will be available through the Growth Hub and other organisations. 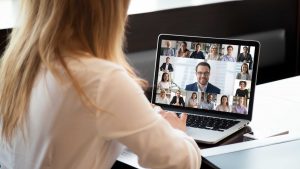 We have recently hosted a programme of in-person seminars and other events, some of which were professionally recorded and can now be viewed on our website. 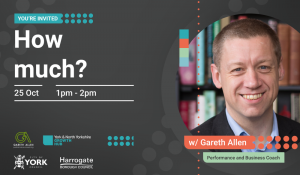 This workshop will provide guidance on cost based pricing, calculating your costs before deciding an appropriate margin, as well as covering market based pricing asking questions such as: What value do you add? What are you worth? How do you position yourself?

Getting into the right habits early on in your business journey will make life easier as the business grows and you find yourself under more time pressure. This workshop with business coach Gareth Allen will pose some useful questions to ask yourself, and give you some ideas to get the basics right.

You can find out more about which cookies we are using or switch them off in settings.

This website uses cookies so that we can provide you with the best user experience possible. Cookie information is stored in your browser and performs functions such as recognising you when you return to our website and helping our team to understand which sections of the website you find most interesting and useful.

Strictly Necessary Cookie should be enabled at all times so that we can save your preferences for cookie settings.

If you disable this cookie, we will not be able to save your preferences. This means that every time you visit this website you will need to enable or disable cookies again.

This website uses Google Analytics to collect anonymous information such as the number of visitors to the site, and the most popular pages.

Please enable Strictly Necessary Cookies first so that we can save your preferences!